I don’t think my neighbour likes us much. She always gives us bad looks. I think she may have made a complaint about the kids messing around in the yard, being noisy, and drawing pictures on the fence. We ended up getting a strike on our homeswest housing for ‘disruptive behavior’.

I was going to walk past her this morning on the way to the bus stop but she crossed the road.

Talking of the bus, when it arrived I went to pay for my ticket with coins (that is all I could scrape up) and the bus driver told me that I should have the right money and ‘people like me’ are always wasting his time. I tried to stand up for myself by telling him he should have more respect. He muttered something under his breath, probably something racist. No one else on the bus said anything.

When I got off the bus I rang the number advertised for complaints. They apologised for his actions and said they will address this with the driver.

Why do I constantly have to put on armor every time I leave my house? I can’t afford to drop my guard for a minute. It is exhausting and unfair.

Lately, Brianna has been reflecting on her and her family’s wellbeing. Their health, their wiren (spirit), their history, and how they are doing today.

Brianna and most of her family have been struggling to survive for as long as she can remember. But there are times, now and in her family’s past, when this wasn’t always the case.

I’ve been spending more time with my Aunty. Maybe it’s because she is getting old, but recently she has been telling us more about her life. I knew she was part of the stolen generation but lately, she has been talking about what she and others like her went through. The abuse, the loss of culture, being deprived of her family’s love and care. She talked about the “welfare” and what they did to her as a child. What they did to her brothers and sisters.

It makes my wiren (spirit) hurt. Our people thrived here for tens of thousands of years and today, our people are struggling even to survive.

Aunty is strong but she is also tired. She says her family and her culture helped to heal some of the wounds but the pain, she said that never went away. She carries this with her always.

I feel sad and angry for what happened to my people. What keeps happening to us today. I also feel proud though. Proud to be able to stand on the shoulders of my ancestors. 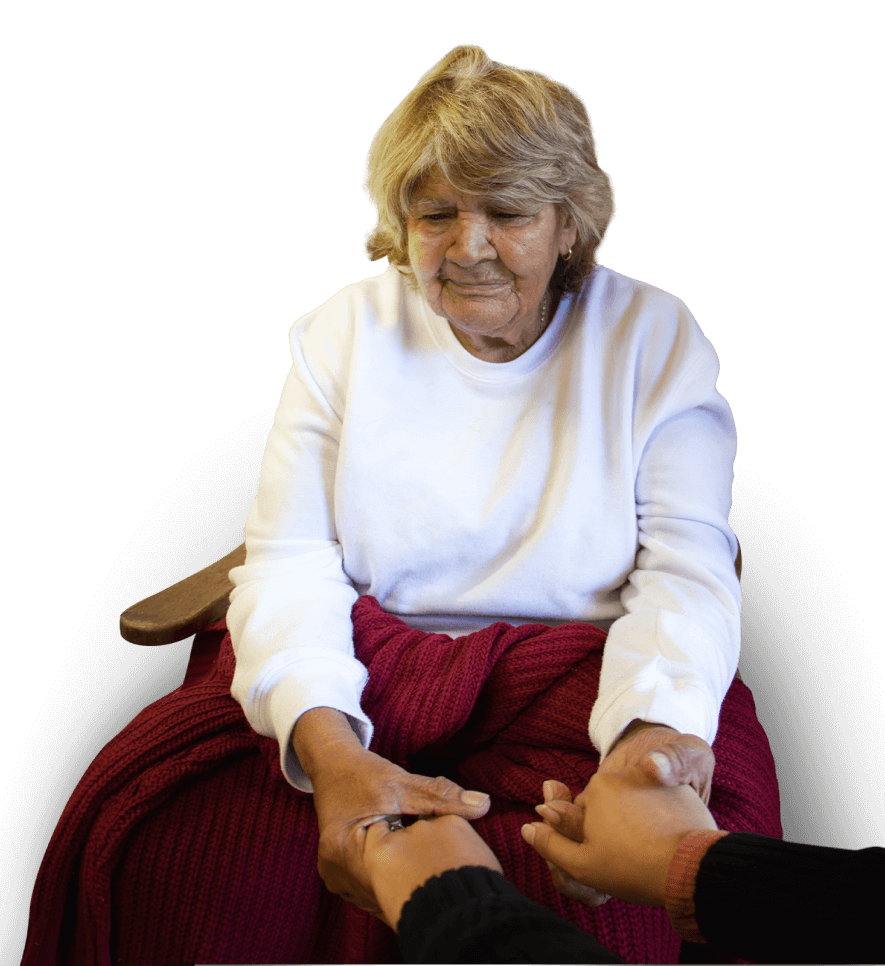 of these family members had not been seen by their relatives since they were removed or taken away.

of Aboriginal families had relatives who had been removed from their families by welfare or the government, or been taken away to a mission or hostel.

Brianna is often the person in the family who helps everyone out, often putting them before herself. Whether it’s helping Kadisha with her struggles at school, her Aunty with her health, or Aaron with his ongoing job applications.

She knows how tough getting ahead in a white person’s world is and she does what she can to support her family. Sometimes though, their best efforts are just not enough.

I received a call today from the principal of Kadisha’s school. Apparently, when her teacher told her off for moving desks without permission, Kadisha snapped, swore, and threw a book at him.

When I arrived at the school, Kadisha didn’t want to talk in front of the principal so I took her into another room. She started crying and told me that she is being bullied by some other kids. She hadn’t told any of her teachers as they aren’t Aboriginal and the Aboriginal Liaison Officer only works at the school one day a week. She was worried no one would believe her.

I was furious and argued with the principal that Kadisha had just been sticking up for herself because no one else could. The principal wouldn’t listen and kept going back to what had happened. In the end, the principal decided to suspend Kadisha from school for the rest of the week.

How is missing out on her education going to help? What happens to the kids who are bullying her?

Kadisha is learning the world is not always fair if you are Aboriginal. 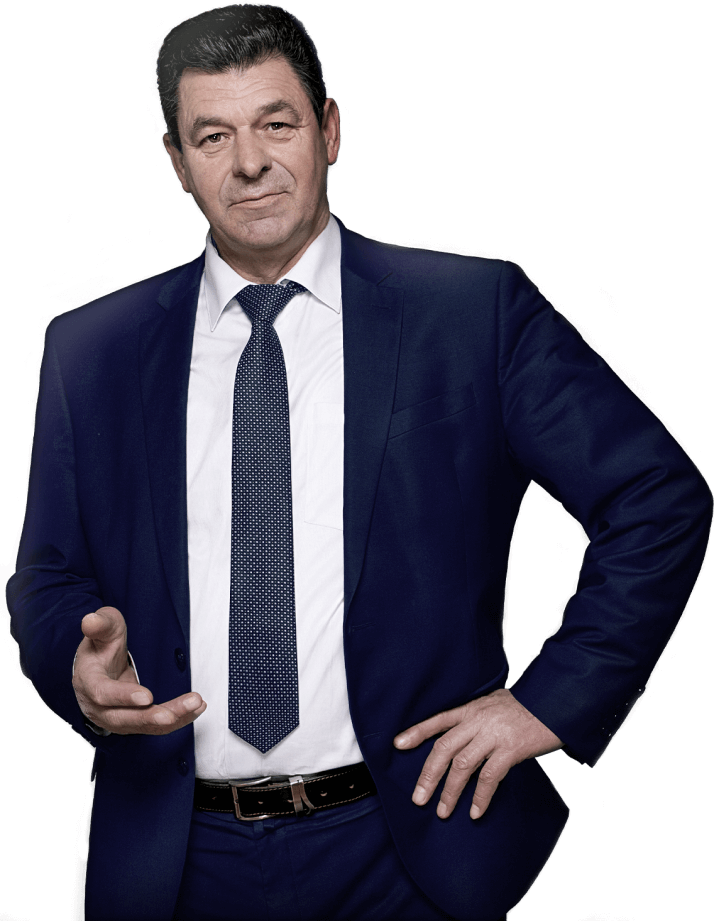 of Aboriginal families did not complete high school

An Elder in the community passed away last week and so Brianna’s family and friends are going through Sorry time.

After the funeral, some people come back to Brianna and Aaron’s house and gather in the front yard. People are emotional and soon an argument breaks out around funeral costs.

There is a lot of shouting and some pushing and shoving which goes on for some time. Eventually, the police show up and ask everyone to go to move on, which they eventually do.

I woke this morning feeling exhausted from yesterday’s sadness. I couldn’t believe it when I look through the window and see a government car pull up. Two people knocked on the door and introduced themselves as child protection officers. What are they doing here?

They said the police informed them about yesterday’s incident and as children were present they wanted to come talk to us. I tried to explain that everyone was grieving and it wasn’t anything to worry about. They also said they had spoken to Kadisha’s school and know she is struggling. It felt horrible to know they had been checking up on us, especially when we haven’t done anything wrong!

Before they left they said they just wanted to provide support to our family and try and help. I don’t trust them. My Aunty always told me “Don’t trust the welfare, how can we, they always taking our kids away from us”.

I am so happy the kids and Aaron slept through the whole thing. 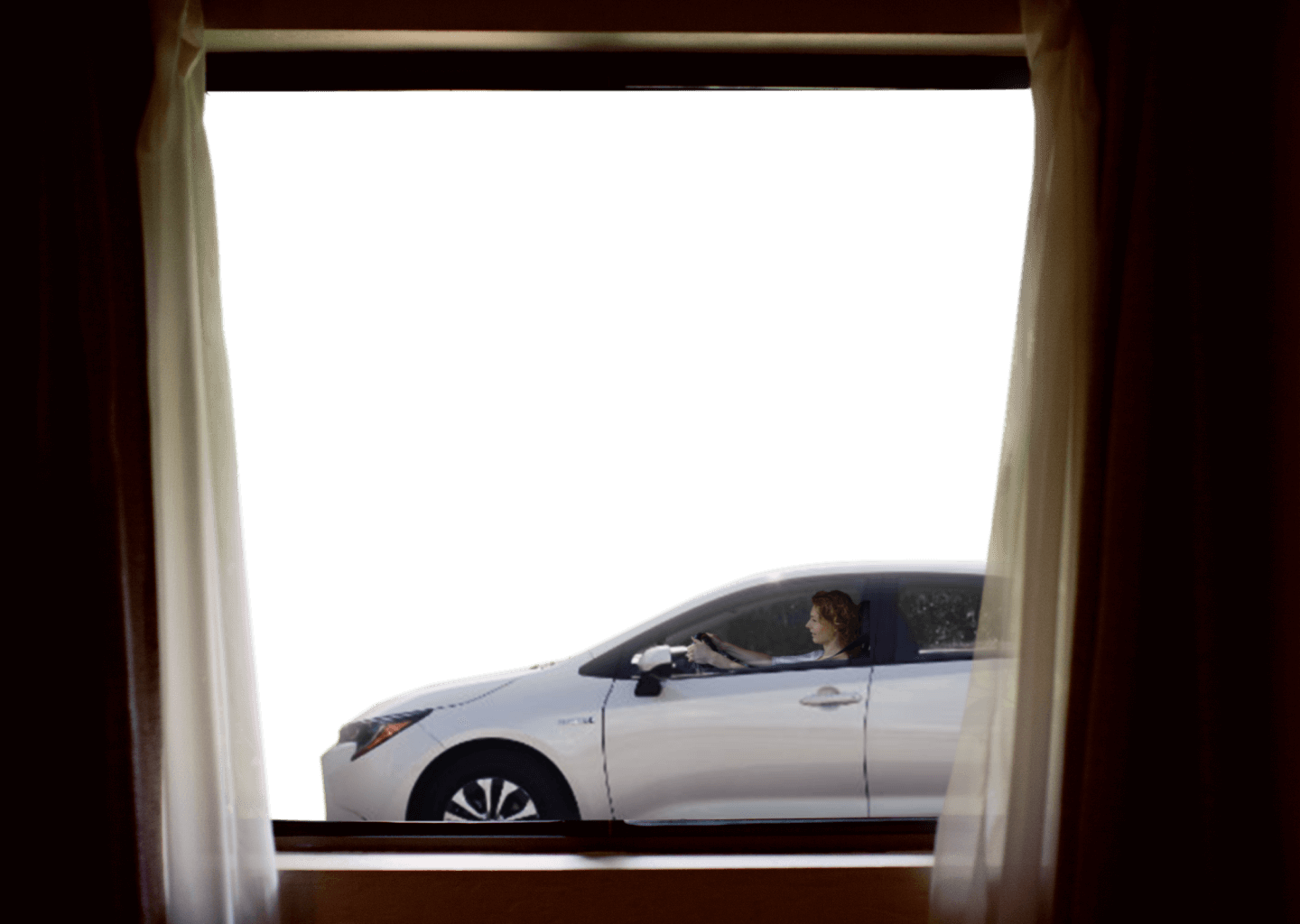 of Aboriginal families had been in out of home/foster care.

of Aboriginal families had their children removed from their care

Brianna and her family continually feel like they are fighting a system in order to just stay afloat.

When times get tough though Brianna knows she can always turn to her family for support.

Her culture and her community are very important to her and give her strength. This has been true for her people for a very long time.

Saying that, like everything else in life, these things too are not without their challenges.

This week I managed to go spend time on boodja (my Country). It has been a long time since I last could go but Aunty and I traveled together with my cousin in his car. I got to take the kids too which was important. Just spending a few days with family on Country did so much to lift our spirit.

My Aunty is the Elder in our family and we spent hours listening to her and all her stories. We learned so much from her. She told us about some of the things her family used to do back then. Hunting, cooking, practicing tradition, and football. Even then football was important.

My Aunty wanted to take us to some other parts of our boodja but a lot of it is fenced off now. White man rules say we can’t go there.

Kadisha seemed a lot happier by the end of that trip. I hope it gives her as much strength as it gives me. 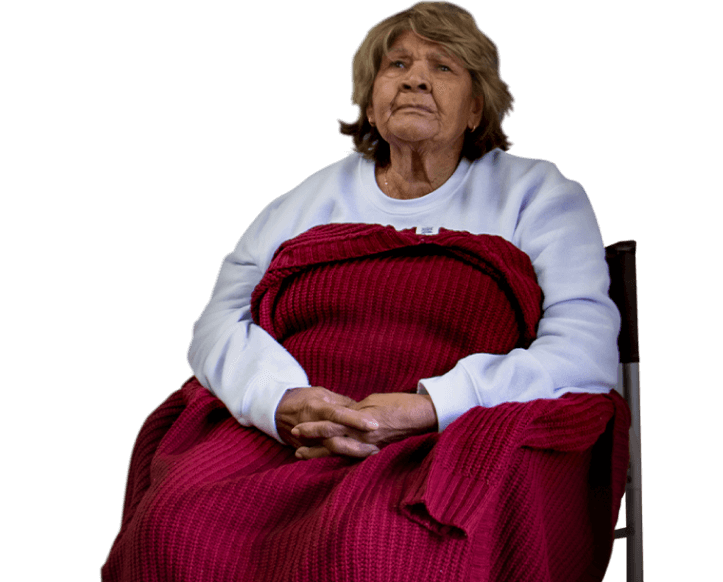 could visit one area that they considered their traditional country

were allowed to visit some but not all areas that they considered their traditional country.

Thank you for exploring
Brianna’s journey

Scroll down if you want to make an impact

Families repeatedly asked us before, during and after their engagement; ‘how will my information be used to make a difference? It is through this lens and in the context of your own influence and responsibility that these calls to action should be viewed.

Support people to identify and achieve their life goals – their way

Families are intimately familiar with their own circumstances and needs and hold valuable perspectives about what approaches would work for themselves and their communities.

Elevate the role and amplify the voice of people experiencing disadvantage

Families consistently reported that they often don’t feel seen or heard in policy or practice settings and would like to add their voices and lived experience in designing, implementing and evaluating policies, programs and social change that impacts them.

The 100 Families WA evidence demonstrates the positive benefits that the Coronavirus Supplement had on family members, which ultimately supported them to live with a greater dignity.

Families draw on their relationships with family, friends, neighbours and community networks when available, for both practical assistance and emotional support to meet a variety of needs.

Challenge stigma and create a safe, supportive environment for people

Family members reported a range of personal, organisational and systemic barriers to accessing formal and informal supports. Reducing these barriers can reduce the financial, emotional and time costs for families who are currently navigating multiple formal supports.

Families’ positive experiences of seeking support depends on being genuinely listened to and supported with care and understanding of their individual circumstances.

Invest in prevention and early supports

Policies, services and community-based programs focused on prevention and early support, in addition to crisis services, can help support people to solve issues before problems escalate.

Recognise the value of caring roles and other contributions to society

Recognising, valuing and supporting the multiple ways that family members contribute to their families and society can create social and economic benefits and reduce inequality

Informed by what you have learned, please answer the below question. Your comments are made anonymously and will not be attributed back to you.

Interested in continueing your 100 Families journey? Stay connected to 100 Families WA by adding your details below (only quarterly contact will be made via newsletters and project opportunities).

Brianna is a 36 years old strong aboriginal woman with 2 beautiful girls. The stigma that her people suffer and her childhood traumas have affected her life in all aspects like employment and housing. Sometimes it all gets too much for her to handle.
Vision/goals

I want a life that is stable, where I can raise my girls into strong, proud women. The basic stuff really; children in school, knowing their culture and family, me studying, a car, employment, enough money to provide a safe and a clean home.

Brianna is a 36 years old strong aboriginal woman with 2 beautiful girls. The stigma that her people suffer and her childhood traumas have affected her life in all aspects like employment and housing. Sometimes it all gets too much for her to handle.

I want a life that is stable, where I can raise my girls into strong, proud women. The basic stuff really; children in school, knowing their culture and family, me studying, a car, employment, enough money to provide a safe and a clean home.